Once upon a time, a long, long time ago I worked as a nurse. 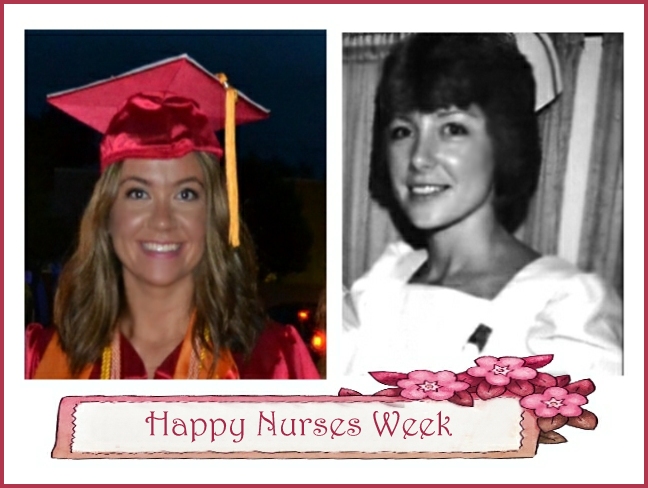 My daughter (on the left) is a nurse and many of my friends and family are still working in the field of nursing.

I could write forever about the combined experiences of a nursing career. As a matter of fact a few of those experiences fueled scenes in the fictional Clan Destiny series where the main characters (Clara, Linda and Maggie) are nurses. Mary Latrull (another fictional character) likes to pretend she is a nurse and would probably be a good one except –

Oops. I veered off track.

I mention the series now because this is National Nurses Week.

Oh poo, let me ramble off road for a minute and we’ll make this one of Tuesday’s Tell All.

Thinking on the series: when the books stood alone, before they were renamed the Clan Destiny series and before the reviews disappeared from Amazon I had a few comments that the stories were too “far-fetched” and unbelievable.  Yeah, nurses with paranormal abilities. Ha! I’m not sorry, that is why I called it fic-shun.

A handful of people (mostly “nurses”) suggested the medical terminology and/or procedures were incorrect. I know it was wrong but I had to call those to attention. Why? Because I kept “procedural” scenes to a minimum for lay reasons and if practice or terminology has changed that much in the last few years I honestly wanted to know. But nope…

The real thing ‘said nurses’ took issue with was the (occasional) disrespect and unprofessional behavior that I portrayed.  The strange thing is those scenes were all too real. Allow me to share.

In book one Maggie curses a bit, insults a doctor and she and Clara have a confrontation, nearly coming to blows while on duty. One ‘said nurse’ says, “#1 no nurse would talk to a doctor like that and #2 Cursing and fighting on duty like hoodlums would never happen.” Truth? It happens. Been there, done that. Nursing is a stressful profession and nurses are human, sometimes we act stupid.

In book two Mary (as a patient) leaves the hospital against medical advice without signing the proper forms.  Another ‘said nurse’ says, “A patient would not be allowed to leave without signing the necessary documents.” I laughed myself silly. Truth? I have chased more than my share of irate, deranged and determined absconders while pleading with them “just sign this and you can go.” Hospitals, clinics and care centers are not prisons; you cannot hold someone against their will and you cannot make them sign a form to c.y.[own]a. (cover your [own] a**)

In book three Maggie, Linda and Clara laugh (in private) and refer to a patient, Mr. Stenchman, as Mean-as Stinky man or Mean-ass Stinky pants. An offended ‘said nurse’ says, “You should not depict nurses in such an unprofessional and unflattering way.” Truth? Sometimes we are unprofessional and ugly and sometimes the patient is a mean-ass stinky man.

I could rattle on about sordid affairs, fist fights, missing bodies/body parts, resurrections, insurance/benefit/patient abuse, medicare fraud and more but I won’t. Not today.

I may write a true tell-all one day but until then I’ll keep changing the names to protect the guilty, add a little ‘what if’  and focus on the fictitious person – not the true profession.

For all of you nurses [with or without imperfections] keep being the best that you can be. Thanks for shoving your own sh*t aside for 8 to 16 hours a day and caring even when it seems like you don’t. 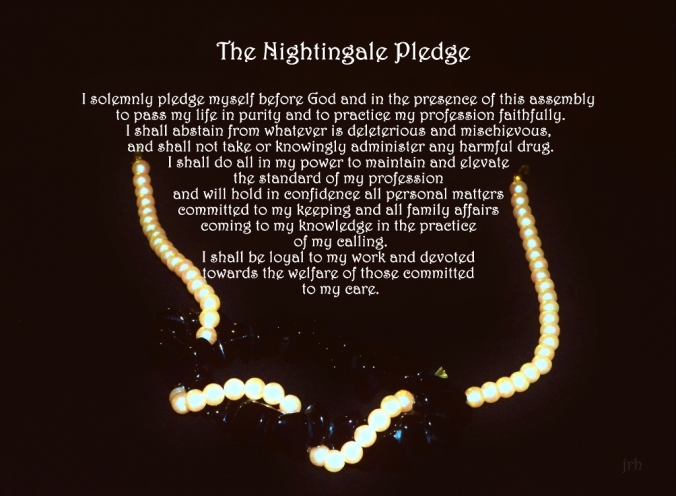