Just for fun I thought I’d share a few scenes that didn’t make the final draft(s). 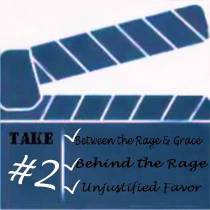 Between the Rage and Grace

“ER — this is Clara.” The anxious nurse spoke into the phone. After listening attentively to the switchboard operator, she giggled and replied, “Send him on back.”

“What have we got?” Maggie asked, without looking up from the tangled mess of yarn meant to be a sweater.

“Um… a sixty two year old male who says he took two Viagra five hours ago and he can’t… uh… he can’t get it down.”

“Well what goes up must come down.”  Maggie pretended not to notice Clara’s stammering or the red glow lighting her face. She shoved the knitting materials back into the bag and added, “That is the law of physics Clara Bell.”

“Have you ever seen priapism before?  How will we treat it?”

“Prepare the sheaths! Limber thy hips!” The older nurse announced, jumping to her feet with a fist in the air. “And let the games begin!”

“Mary Magdalene-” he whispered, “are you menstruating?”  She didn’t answer. Slowly he eased the blanket from her motionless body, hesitated briefly and returned the cover. She could see him floating toward the door.

Without turning the priest murmured, “I can not. Your condition will make me unclean. I’m sorry.”

Frustrated that the opportunity for revenge was passing, that she would not get the item she needed to bind the perverted priest, she hissed, “Then squawk like a chicken.”

Bwaahk, bwak, bwak. The cleric pressed his hands to his mouth but was unable to silence the involuntary sounds.

**Snip snip snip and the sound of paper hitting the floor**

“Oh, come on Maggie. Why do you have Mr. ‘Mean-ass I can’t stand nobody not even my hateful stinking self’ on my schedule?” Clara asked with an exaggerated frown.

“Because you’re low man on the totem pole.” Linda interjected, “I would go but you know I’m too fat to run from the mad dachshunds.”

“Right! And why do we even have to deal with those two dogs?”

“Want me to tell you how to handle them?” Linda asked.

“Okay. Here’s what you do. Are you listening?” Clara nodded and moved closer. When Linda was certain her coworker was waiting with bated breath she continued, “Approach them slowly, and speak gently so they don’t feel threatened.”

“It’s easier to contend with one of them at a time – I suggest you work with the slower one first.” Clara nodded again. “Sit down and offer them a treat, a dog biscuit dipped in peanut butter would be nice – keeps their little mouth busy and dogs like peanut butter.”

“As soon as one of them, remember the slow one first, as soon as he gets within easy reach grab him firmly by the neck.”

“Don’t interrupt; this is the most important part.”

“As I was saying, grab him by the neck firmly. When you’ve got a sure hold on him squeeze with both hands as hard as you can.” Clara’s eyes widened and Linda watched as her jaw dropped exposing an open mouth. She wanted to draw out the details but it was getting harder to keep a straight face. “As soon as you see his eyes bulge, squeeze harder – give it all you’ve got. Do this until his tongue hangs out and his little body goes limp. When he’s not breathing you’ll be half way done with your dog problem. ”

But editor what if PETA rushes in and throws Linda to the floor and she yells “Can’t you see I’m pregnant.” 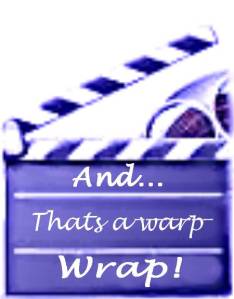 Where to buy the books

Between the Rage & Grace, Behind the Rage & Unjustified Favor are combined in