IT’S JUST A SMALL BROWN wicker basket, not built to hold much –

and a bit tattered from over handling.
It’s beautiful warm browns have dulled and faded with age on the outside –

but inside the natural luster still shines.

and now dangle loosely, without purpose.

What hands made the airy coffer? I wonder as I stroke the thin smooth fibers.
Was it one as handsome as the tight weaves frayed by time?

Though dust has long since claimed his finger prints – I know that he was a weaver; I imagine that he was a dream weaver…
Diligently intertwining each cane thread with my hopes in mind…

A place to store my breathing dreams so that they could be kept safe and close at hand, amassed in a beautiful fibrous reminder.
A quaint little chest of hope I will one day hand down to a child, a grandchild or perhaps even a great grandchild –
when I have used up its contents.

When I have taken the dusty lid off one last time and felt deep into the corners to make certain I haven’t left any ideas untouched…
I imagine when I offer it up to him (or her) they will look at me like I’m crazy (and I may well be) then they’ll tear the lid off, expecting to find a treasure of sorts before saying with disappointment,

It is then I will share with them the wishes and ideas that were stored and later born of that basket.

How they were kept safe till I could see them come to fruition.
And one more time I will imagine the handsome dark skinned man who meticulously weaved the wonderful piece…
a place to store my dreams because dreams need room to breathe.

Then I will show them how to place their own aspirations into the old auburn chest with caution to keep them safe, to nurture their hopes and give them time to mature. And if my last wish were to come true I will see them realize the birth of their visions.

*I adore woven baskets and this bit of prose was inspired by one of my favorites.

The Chest of Hope was taken from Getting me Back 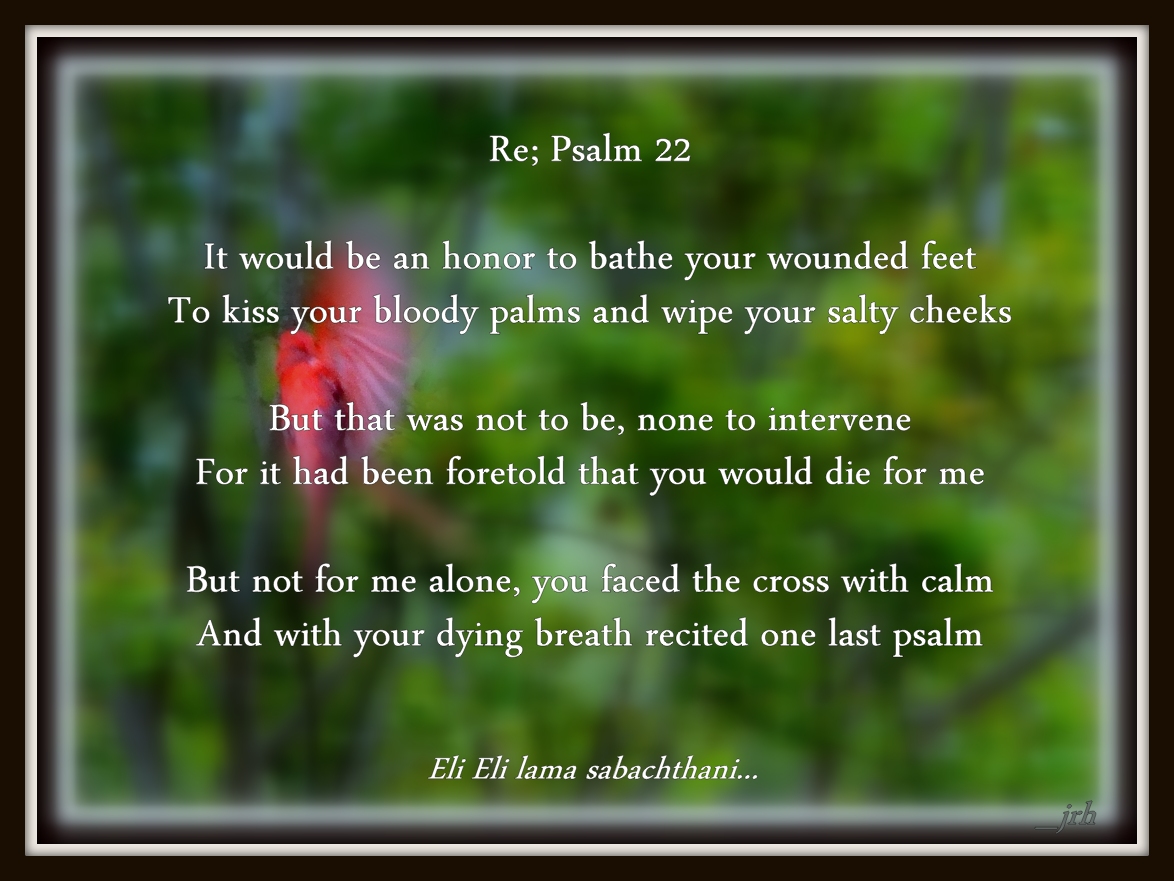 And a friendly reminder, April is National Poetry Month #NPM

The video is shorter than the title. 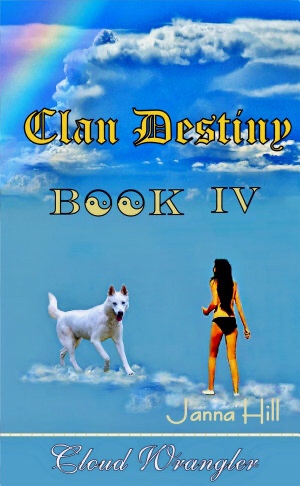 Q: Is any of your fiction true? Do you write about real life?

A: Well yes and no. For example a visit to Rockford Illinois for my granddaughter’s graduation inspired the following scene which takes place somewhere in the historical Lake-Peterson House.

Our dog Leia was the inspiration for the physical description of Gus and that is her on the cover.

Mary paced the empty hallway on the third floor of the ancient house. She counted fifteen steps from one lamp to the next and wondered if the people below could hear her. The dark corridor seemed to grow shorter with each lap along with her patience. She considered unlocking her mind so she could tap into the thoughts of those around her but intuition advised against it. Occasionally she paused to listen at the door; each time she found the words indecipherable and returned to pacing until a gentle creak caused her to stop.

“You may go in now.” A flat voice announced as the heavy door gave way. Sunbeams flooded the hallway and Mary squinted at the figure in front of her; at the starched white cap and unwieldy dress which were as outdated as the house.

Ridiculousness: a word meaning absurd with an added ness to aid in tongue exercises.

Go ahead, say ridiculousness a few times or until your tongue cramps. 😉

Ah, Christmas is not over and already I am basking in the afterglow.

I am so grateful (that warm, fuzzy, misty-eyed kind of grateful) for family and friends, the kindness of strangers, God’s mercy and the gift of Christ.

Our gathering was not as large as we would have liked; a few came down sick at the last minute, more than a few are heeding the “Rona law” and a couple or so are recovering (without complications) from Covid. Heck, half of us have had the dreaded Covid and (thankfully) recovered.

I do have a very dear cousin in hospital with a respiratory issue; he’s confident he will recover (from whatever it is) but if y’all have a few seconds, send up a good vibe or a prayer for David. We would appreciate it.

These are peculiar and trying times indeed, how about we all pray for one another. 🙏🏼

Ok – back to the basking…

A picture is worth a thousand words.

And alas I leave you with a poem.

When you believe in things that you don’t understand then you suffer,

Only a theory, only a thought.

Never hoping past the morrow.

None to govern what we lack.

Only a theory, only a thought

Every young girl has dreams. Some dream of being a supermodel or a nurse, a doctor or a fireman, a teacher, a writer or a rock star. Savannah Dawn has dreams too. But she mostly dreams of a life without nightmares.

My name is Savannah Dawn and I was named for the place of my conception, whatever that means. I’ll be eleven years old come next March. I love to swim and I hate school. I guess that’s all I know to say about myself except sometimes I see things… like in a dream. Not the stuff most folks talk about. I’ve never dreamed of falling off a cliff or being naked in public and besides those things aren’t scary. As a matter of fact I think dreams like that are silly. There aren’t any cliffs around here and the only time I take my clothes off is to bathe and then I put them right back on.

The dreams used to bother me but they don’t anymore. When I was younger I would wake up crying in the middle of the night.

Mama would bring me a glass of milk and sit beside me in the dark. I’d tell her what I saw and she’d say, “they’re just nightmares honey; nothing but unconsecrated visions.”

As I got older I felt like Mama didn’t want to hear about the things that troubled my slumber. A few times it seemed to rile her so I learned to stay quiet and get my own milk. When she mentioned it to the doctor I told him I didn’t see things anymore. But I did.

Most times what I dream comes to pass but every so often it doesn’t and that’s a good thing. It gets tiresome seeing all the sorrow in peoples past and the tragedy some are headed for. Too bad I never saw what lay in store for Papa; it would have saved us all a heap of sorrow.

Preacher Zeb calls them revelations and says I shouldn’t tell a soul about what I see except him. Zeb is an ex-Marine and a retired pastor. He was also my papa’s best friend. Last summer he baptized me in the Neches River with only God as our witness. We made a pinky swear to keep it secret. A pinky swear ain’t like a promise to God – it’s a promise not to tell Mama. She would have had a fit knowing I washed my sins in dirty water not to mention I nearly drowned while waiting on the Holy Spirit.

My sister got the spirit once at The First Assembly of God in downtown Trinity. She was sitting on the front pew making goo-goo eyes at Brother Tim when all of a sudden she went limp as a dish rag. The brother hollered ‘hallelujah’ and flew down from the pulpit. He smacked her on the forehead then Jodi jumped up and started shaking all over and everybody went crazy.

It took me a minute to realize what was going on; it took Mama about a minute and a half.

Jodi said she felt like a movie star when the whole congregation wanted to touch her. She done it so folks would think she was special, that’s what she said. I always thought she was special so I didn’t care one way or the other but it sure was funny watching her dance around with her hands in the air shouting, alley baba – naba -naba daba- daba doo. She was doing a different dance after we got home and Mama whipped her for blaspheming the Holy Ghost.

I don’t like referring to the Lord’s essence as a ghost. Mama says they’re the same thing but I know she’s never seen either one or she wouldn’t say that. I also know spirits don’t always live in a body; some of them live in drinks of alcohol….

This twisted little gem is only 99¢ at your favorite retailer.