A twenty dollar bill stashed in your wallet, old friends on the Internet, the other sock and a favorite book. What do the aforementioned have in common you might ask? They are all things that were never really lost but simply overlooked for a span of time.

Isn’t it like finding a treasure when you’re reunited? The mingled relief and excitement of rediscovering something so precious you find yourself doing the Hercules hand-clap. Hercules! Hercules! Hercules! You’re doing it right now aren’t you? Me too! Because Joy! Rapture! Look what I have found. My old friend Webster’s Encyclopedia of Dictionaries. Not being able to do much for the last week (thank you influenza) I was rummaging through the library in search of couch entertainment and voila!

I seriously love this book. I should be ashamed of its broken binding and battered appearance but I’m not. It has been over handled and shared with children before they could even read. It was my firstborns Good Night Moon. It has been my friend, my coach and my counselor. If someone had a question the answer was only pages away. Well maybe not the answer to the missing sock but we all know that’s not really a mystery. They typically return after they tire of hanging out in alternate universes, sipping martinis with wayward thongs. Of course their mate has usually moved on but that’s another story for another time. 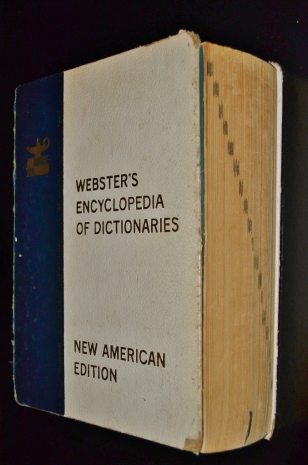 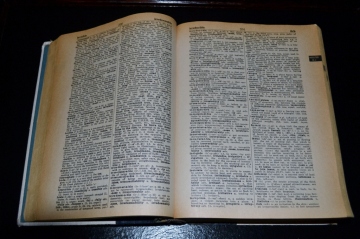 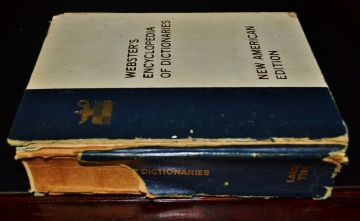 The scars of faithfulness.

9 thoughts on “Finding What Was Never Lost”